How the Estonian Section of the International Police Association got started 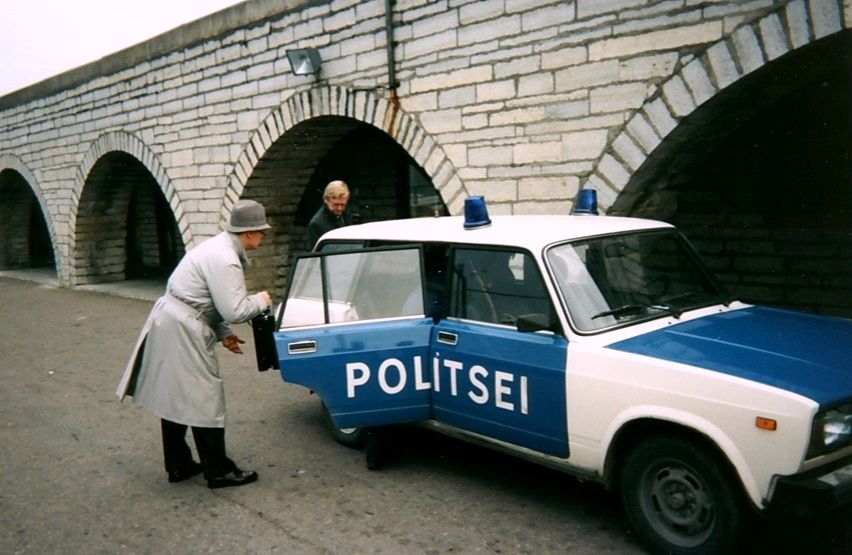 When the Republic of Estonia regained its independence in 1991, Estonian police officers also obtained the opportunity for international contacts with the police officers abroad. Until then only some of us had vaguely heard what the IPA was. Our people got the first information about the IPA from our Finnish colleagues. In 1989, Finnish police delegation visited Estonia and the aim of the visit was mainly to develop cooperation and build up contacts. It was then we were given the initial information about such organization as the IPA – International Police Association. We received information about IPA from Hannu Siljamäki and Eija Aspholm from Helsinki police, the long standing members of IPA Finland. Both belonged to the management board of IPA Helsinki section then. Contacts continued and more substantial cooperation followed. Estonian Police were established and we strived to make our young police organisation a member the international police organisations as well. 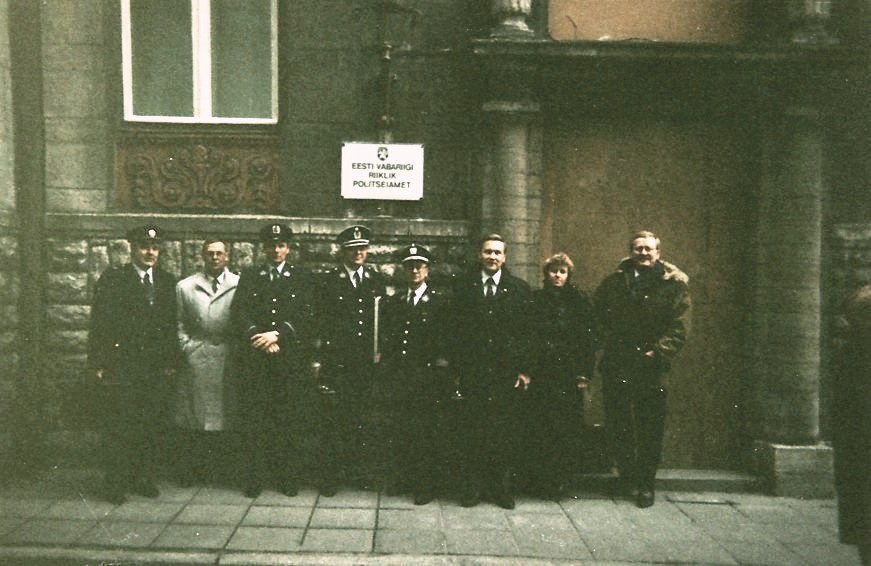 As the international relationships develop the knowledge about the IPA and desire to participate in the organisation increased. As we did not have our own section some of our most active and informed police officers became associate members of other national sections of the IPA (Finland, Sweden, Germany).
Then preparations of foundation of our own national section have begun under the leading of Herman Simm. It was a huge task. We had to draw up the statute, reconcile the activity with the lead of Police Board, to consult with other national sections of the IPA and with the leaders of the IPA world organisation in England. The Estonian police administration of that time including Igor Aman, the Director General regarded our undertaking very positively.

Eventually, in October 24, 1993, we assembled in Tallinn and founded our Estonian section of IPA. There were 65 founder members.
The representative delegation of IPA Finland with its President Jorma Ahonen and Prime Secretary Hannu Hännikäinen participated in the meeting. Our old friends Hannu Siljamäki, Eija Aspholm and Matti Luoma were members of the delegation as well.
We elected Herman Simm for the president and the members of the management board: Priit Kelder, Märt Mikkov, Juhan Kubu, Valeri Lõõnik, Heete Viira and Heido Mägi. 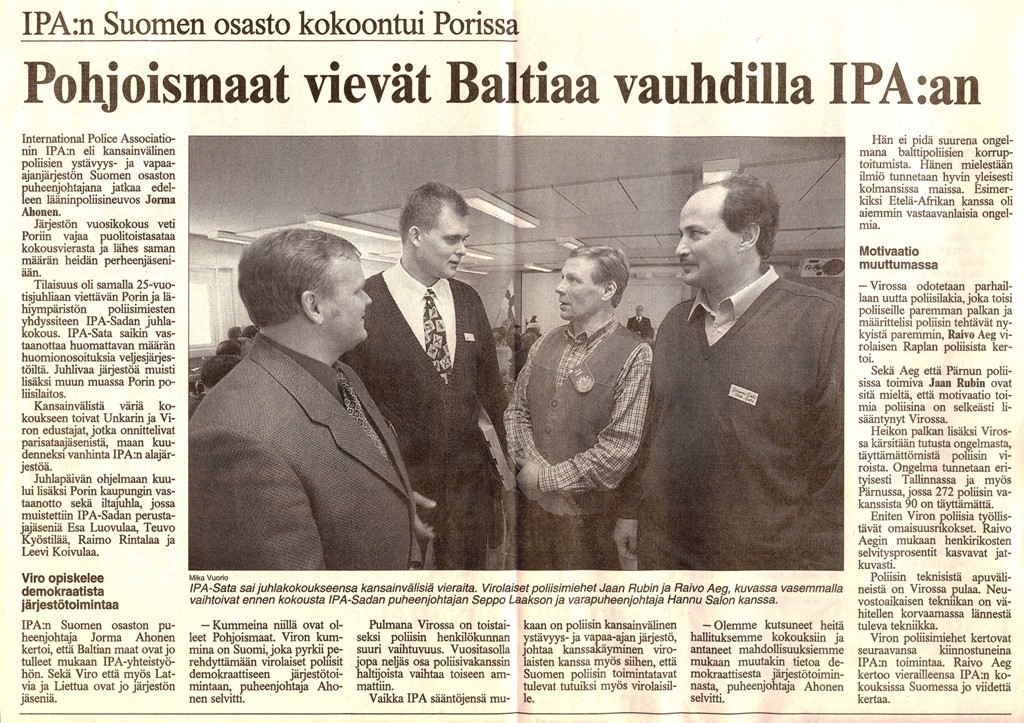 The conference of IPA in Luxenbourg in 1994 accepted Estonia as the 55th member state according to the statute with one year trial period.

At the IPA congress in Vienna in 1995, the Estonian section of the IPA became the full member of the world organisation.

Constant development, growth of membership, establishment and strengthening contacts with other sections of the IPA followed.

The following presidents have been leading our organisation:

In 1997, we started our beautiful tradition, IPA Summer Days.

In 1998, during the Summer Days of IPA Estonia in Värska the blessing ceremony of our greatly honoured section’s flag took place. We also have our own official pin.